Iniciativa Liberal, through its organisations in Sintra (IL Sintra), Oeiras (IL Oeiras) and Cascais (IL Cascais), presents a joint proposal that represents a true revolution in sustainable mobility as part of the solution to the serious congestion problems in the road network and insufficient public transport.

Metro Oeste Atlântico (MOA) (West Atlantic Metro) is a system like that used in more than 50 metro networks that exist in cities in Europe. Similar systems already exist in Portugal, such as Metro Sul Tejo and Metro do Porto.

Metro Oeste Atlântico will use vehicles with a capacity of about 250 people, also allowing the transport of bicycles, with an estimated traffic of approximately 25,000 passengers per day on each line. It will operate with average operating speeds of 20-25 km/h, in peak hours a frequency of 10-15 minutes, standard gauge of 1435mm and electric traction through 750V DC catenary. 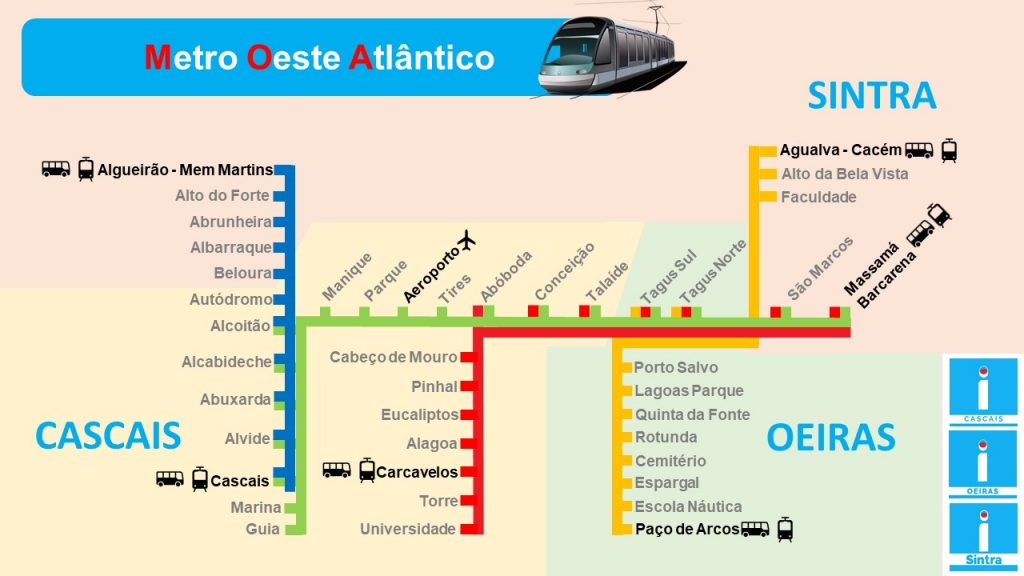